In addition to the VG-Rabbit Farms we now have adopted also 40 chicks and three Emu birds.
Other animals living on the Campus: two small chicks, two dogs, two turkeys, one parrot, some bats and occasional animal visitors like peacocks and butterflies. The children get close to all of these animals and grow up in a very versatile environment. Also the animal products will either directly provide some food for our children or support the project financially by being sold. All the income is used to fund the project alongside with donations. 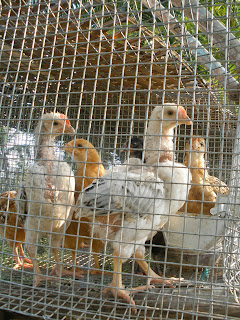 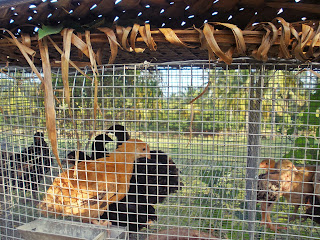 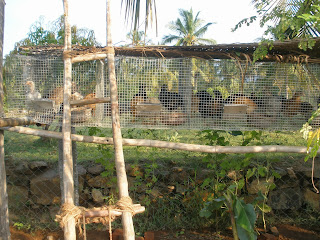 Since we have so many chickens, it was decided that they need a real chicken house, so with some of the senior boy's help it is built from scratch! All of them put a lot of effort in it and are very excited about finishing and introducing it to the chicks soon. 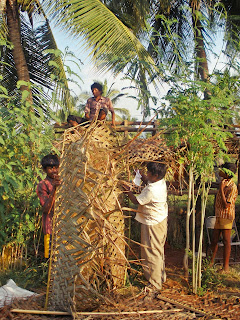 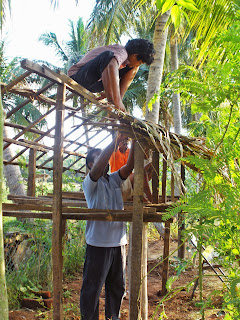 The Emu birds got used to their beautiful new surrounding after some territory fights with our turkey couple who repeatedly attacked the big birds. The Emus are very special, majestic birds which deserve a lot f respect. Though they are not exactly tame, when you spend some time with them they will let you pet the top of their small heads which is quite an experience. Also they look hilarious when they run and in the evenings our boys often have great difficulty getting them into their little night shed, because they are very quick. 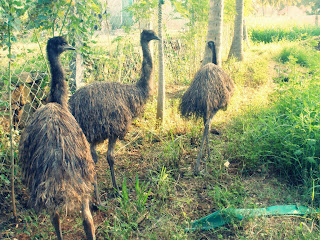 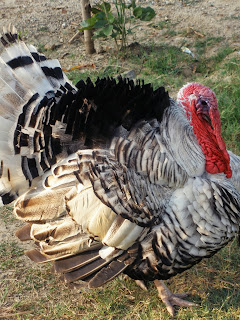 Also these little fellows have joined the Campus rather as pets than farmed animals (we bought six of them eventhough they were all unlikely to live very long because they were not bred by hens but by the heat - eventually, though, these two survived and we're very happy to have them) 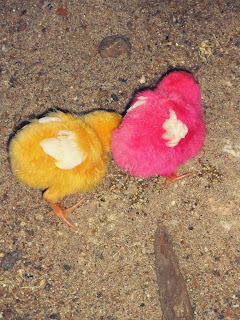 God really blesses this project and makes it grow!
Posted by Vivegamgodfrey at 10:28 AM No comments: Links to this post

The last days, Edwin and our workers were very busy doing some maintancance and restoring work at the Campus. The small storeroom needed complete restoration including new colour. Also many new plants and little trees were planted, some new little turkeys were bought to grow up on the Campus and the (only) stairs to the first floor were renewed with concrete and they couldn't be used for one entire day, which turned out to be a big obstacle for the residents. The solution was a bamboo ladder that at least Melwin and me could use to climb up in order to reach our rooms. 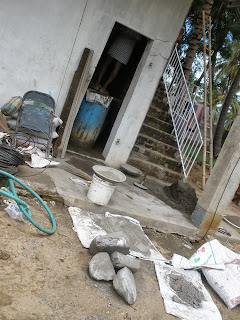 Posted by Vivegamgodfrey at 2:06 AM No comments: Links to this post 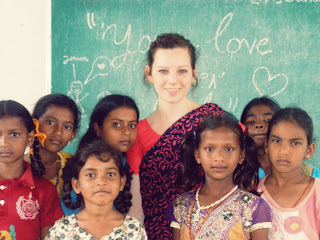 Today it's me posting for the first time - Alicia, the new Volunteer ("Sister Alicia" as the children call me). I arrived last week and I will stay in the project for nine months (til June 2014).
Everything is very new for me, so many expressions and new things to learn!
I am very grateful to be here and slowly I manage to adapt to India's everyday life. 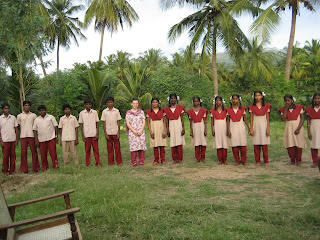 The children, who were rather excited about me arrival, gave me a very heartly welcome with songs, a dance, prayers and a self-made necklace. I think I have never been welcomed in such a touching way in my whole life. I was also very happy to finally meet and in the last week get to know them better each day. 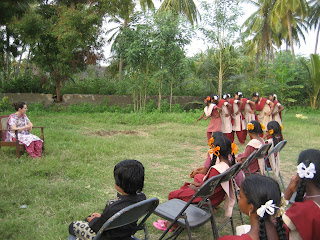 Now I start actually teaching, inventing games, learning Tamil from the children and telling Bible stories to them. I am so happy to be here and that everything is going so well that it makes me sad to think of leaving next year already. I feel like I am a part of the family, because everybody treats me so nicely.
Each new day, when I open my eyes to this colourful, exciting, ancient new world full of birds songs, I thank the Lord for having sent me here and ask him to give me wisdom and strength to be a helping hand and make a difference in the children's lives. 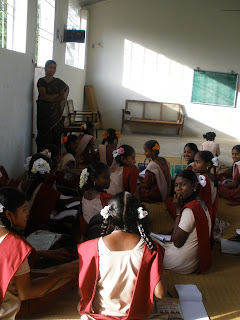 Posted by Vivegamgodfrey at 11:00 PM No comments: Links to this post